You can read part 1 here.

Day 2 - The French city of Lyon

We had arrived at around 6 pm in Lyon. Lyon is breathtaking in a way I can’t quite describe. Maybe it was my relatively low expectations but it’s difficult to imagine that France has another city just as elegant as Paris that had barely ever registered in my radar. We ate pizza and walked around Lyon until midnight. The restaurants were full and the French seemed to be having a time of their life which was fascinating considering that there was a raging pandemic.

The next morning, we went out to look for breakfast but all places were closed. The restaurant owners of Lyon were still asleep. At 8 am. I can not stress enough how much this shocked me. Eventually, we came across a bakery that also served hot chocolate and latte machiatto.

At 11am, we left Lyon and headed south in the direction of Marseille. At around 15.30pm, we arrived in Grasse, the small town near Cannes where our rented house was located.  The house we rented was on a hill from where one could see the Mediterranean. It also had a pool. What was not mentioned was the fact that one could only access it using the most narrow winding and torturous streets that didn’t give one a chance to make a 2cm mistake. After many horrible close calls, we finally arrived at the house. 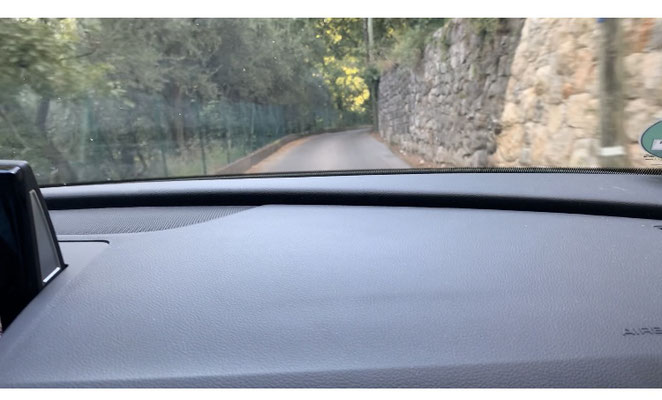 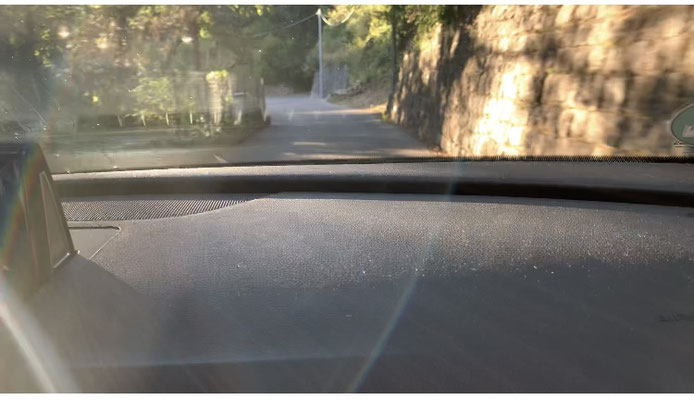 Few things are as beautiful as the joy of waking up and jumping into the pool but seriously, we needed a break from the trauma of driving the winding roads up to that house. Anytime I thought about driving to a supermarket, the prospect of starving just seemed more reasonable.

If it was upto me, there would be no leaving ever again. Hubby and the kids were having none of it so they went to the local supermarket and shopped as I lounged and thanked God for small mercies. 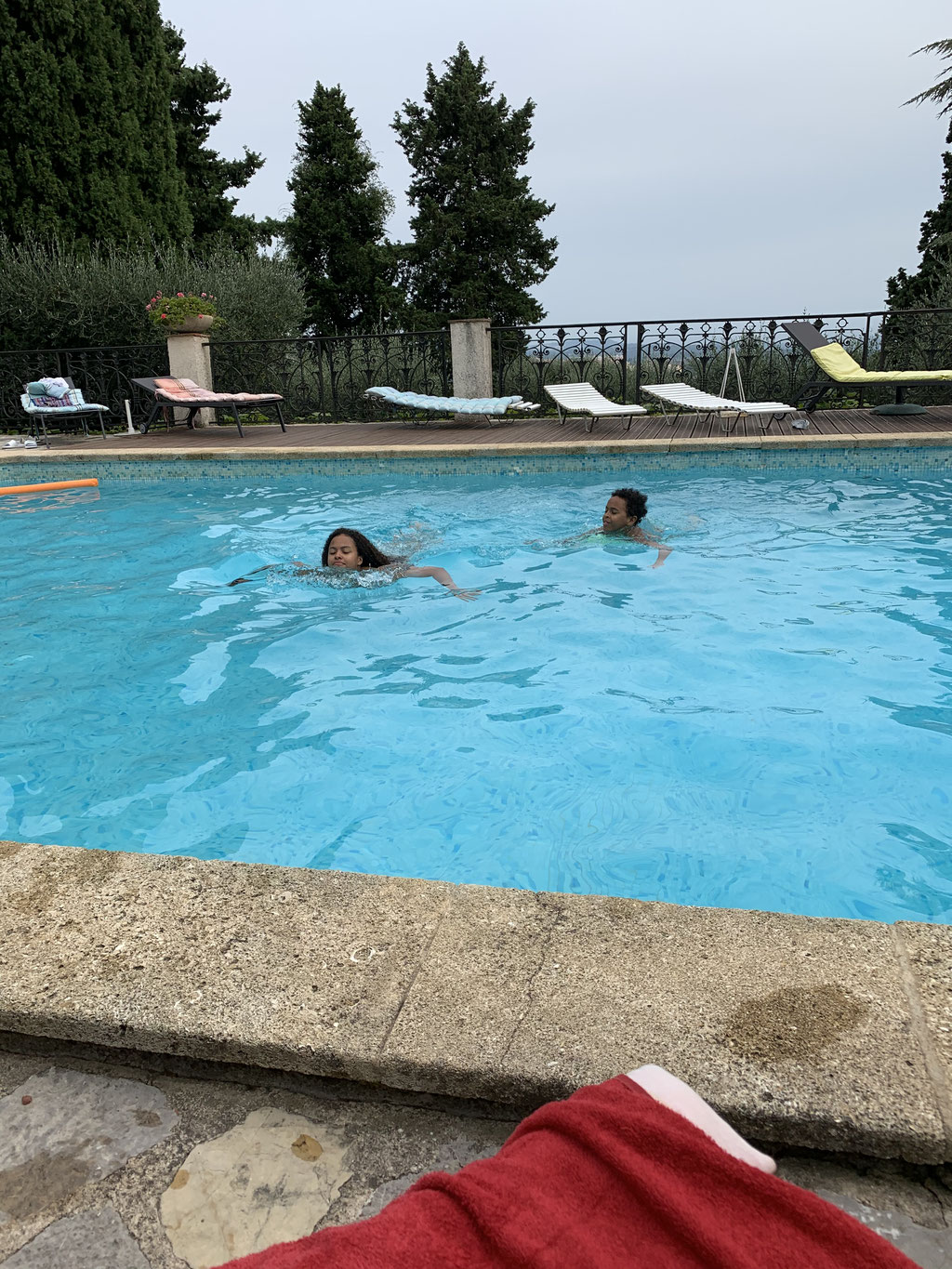 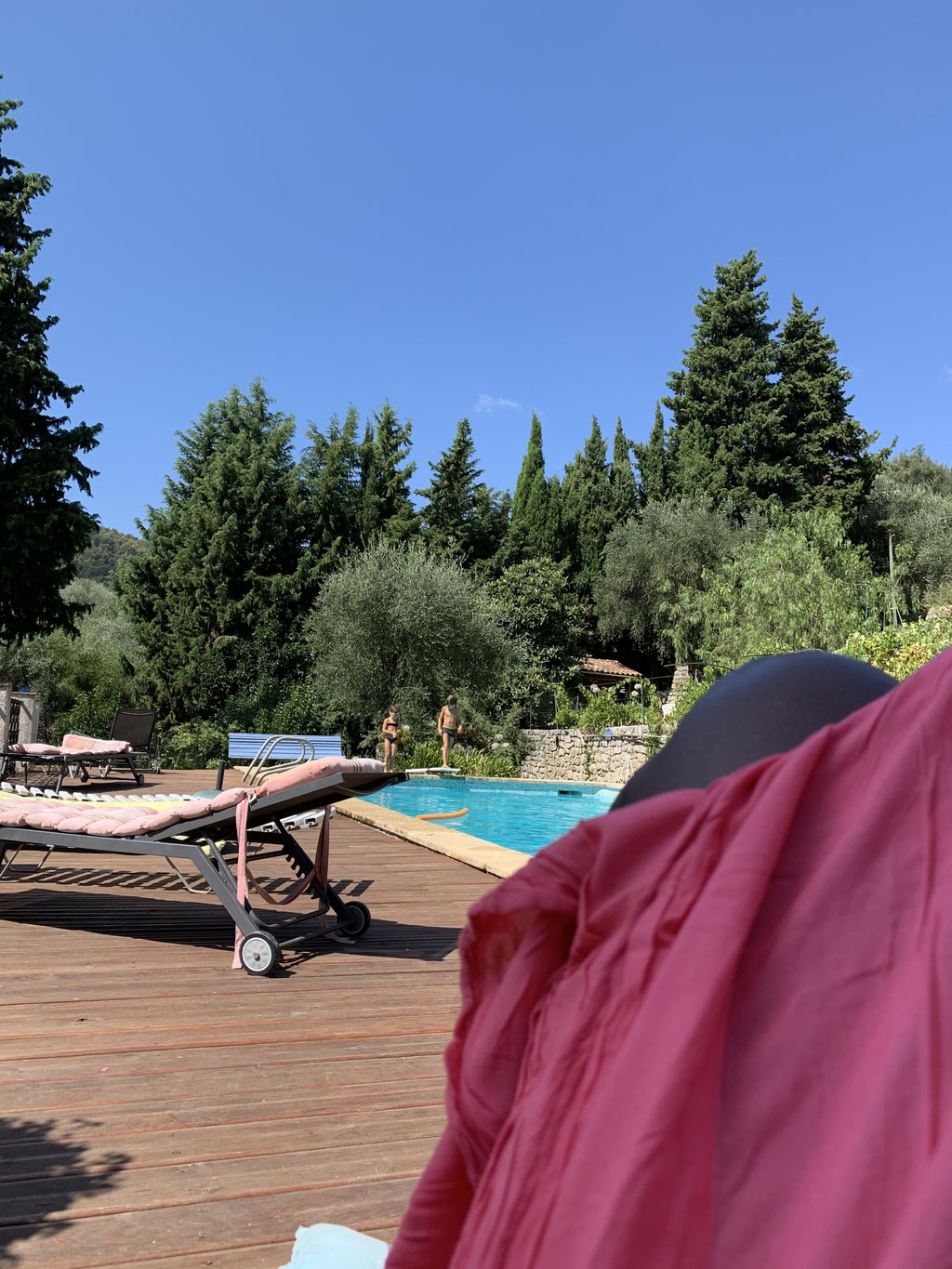 Cannes was one long gruelling traffic jam.Google showed it was 21km away from our house but we needed about one and a half hours to reach the beach. There were scores of people swimming and sunbathing but there were even more yachts.

We parked at a parking lot right next to the sea and went swimming in the Mediterranean which was such a joy since the temperatures were upwards of 30 degrees. There were a lot of people which was quite unsettling considering that the COVID numbers were rising fast in France. Later, we sat at a cafe opposite the Martinez Hotel and watched as Ferraris, Porsches and Lamborginis drove in and out.

The service in the Cafe left a lot to be desired. 20 minutes after taking our seats, no one had picked our orders. In the end, we were served iced coffee at 9.99€ per glass. Cannes is a glittering place. The yachts and the flashy sports cars all made me feel that people came there to be seen. While some places seduce you with their comfort and laid back nature, Cannes seemed to permanently challenge you. Can you really afford me? Are you sure? 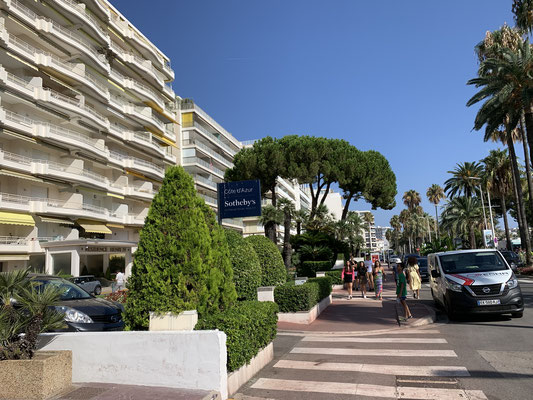 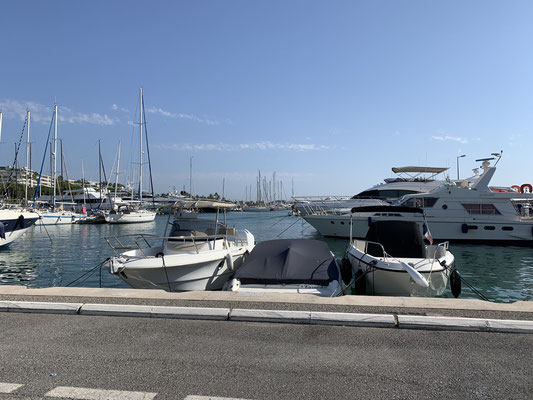 Stay tuned for the rest of the trip...Part 3 coming up soon!